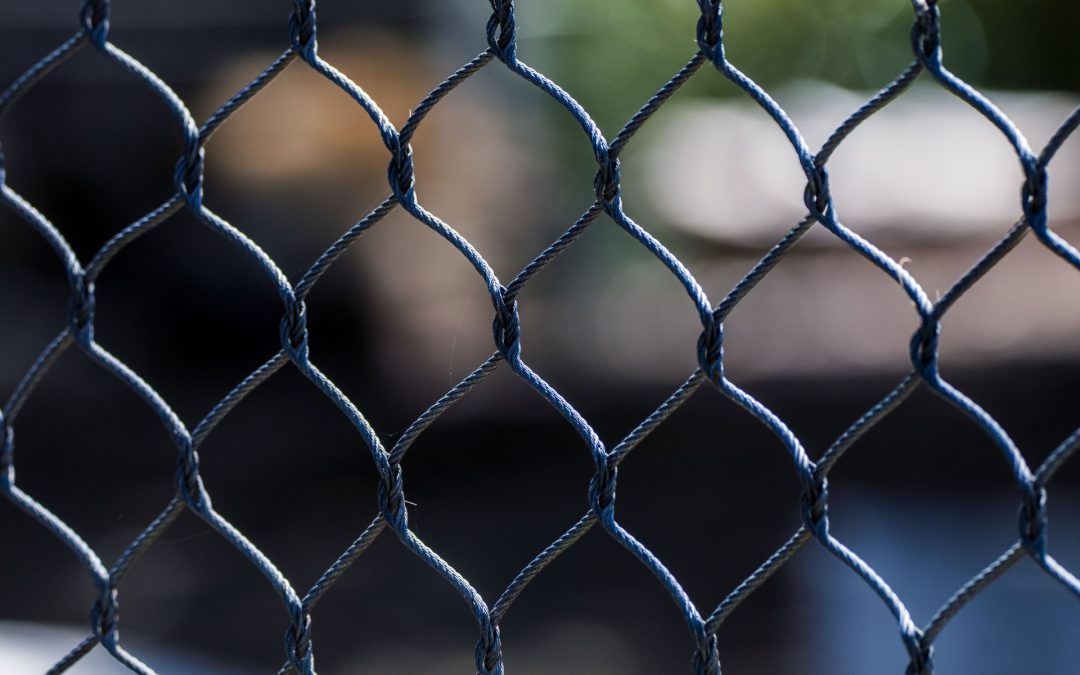 Is a face covering like a using a chain-link fence to stop mosquitos?

One of the common criticisms of face coverings centers around particle size. People will say that wearing a cloth mask to stop a virus is like “using a chain link fence to stop a mosquito.” It’s not.

Here’s why: first of all, a mosquito has its own mean of locomotion. It can fly directionally and intentionally to avoid any portion of the fence that would impede its motion, whereas SAR-CoV-2 is completely dependent on being projected by its host (the human) and being transported via fomite transmission (surface contamination and touch transference to another host) or via air currents.

Secondly, the large gaps in the fence and tiny mosquito portion of the analogy fails as well.

While it’s true that the weaves of face covering vary in size and coronaviruses are extremely small (0.1-0.5 µm), the purpose of a face covering is mainly to reduce respiratory droplet spread and droplets are significantly larger than the virus itself at 5-10 µm. 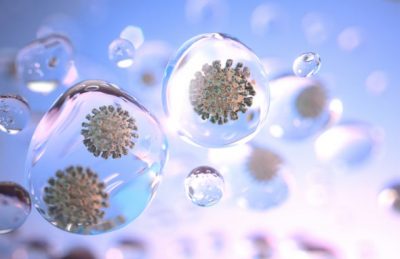 Surgical masks typically have a pore size of 0.3-10 µm. Non-standard face coverings such as homemade fabric masks vary and in a subsequent blog, we will delve into which are more effective, but general guidance is to have multiple layers and multiple types of fabric to increase filtration.

Additionally, pore size does not tell the whole story when it comes to filtration.

As illustrated by Air Quality Engineering’s explanation of different mechanisms of air filtration; straining or having pore sizes small enough to stop particle coming through gaps in a filter is not the only means through which particles are stopped.  Mechanisms of filtration other than straining include the following principles:

Inertial Impaction uses a rapid change in air direction and the principles of inertia to separate the particulate from the air stream.

Interception involves having the particulate make physical contact and becoming attached to the media fiber. The particulate which is intercepted is smaller and its inertia is not strong enough to cause the particle to continue in a straight line.

Electrostatic Attraction involves charged particles being attracted to oppositely charged fibres. Electrostatic is used for removing fine particulates such as dust and smoke in commercially manufactured filters. Fabrics such as silk are known to create a similar effect through their natural tendency to cause static.

In the end, as with any sort of hazard mitigation measure, it is not about the mitigation measure needing to be 100% effective to be worth implementing. The protective measure of face coverings is to be done in conjunction with reducing community interaction wherever possible, keeping 1-2 m from other individuals when community interaction is necessary and the hygienic practices of washing hands, surfaces and masks.

If masks do anything significant to reduce droplet spread, they will in some measure reduce COVID-19 spread. It is clear that some measure of droplets will be stopped by wearing a face covering. Don’t believe me? I think my insistence they will do something to reduce droplet spread can be clearly demonstrated by a simple thought experiment: if you were to spit into your mask, would all of the spit get through? Clearly the answer is “no”. In fact, very little would actually get through. I would argue, based on this thought experiment that we have to assume that masks do at some level reduce the ability for droplets to project in comparison with how far they would project for an individual not wearing a mask.

I mean… if you really want to you can spit in your mask to test my theory 😉. Definitely wash the mask before using it again after this experiment.

The same is not the case with a mosquito and a chain link fence. The mosquito will pretty much always get through because they can deliberately fly through gaps in the fence.

It is clear that a measure of respiratory droplets containing SARS-CoV-2 particles will be blocked by face coverings and virtually no mosquitos would be stopped by a chain link fence, so the analogy fails.