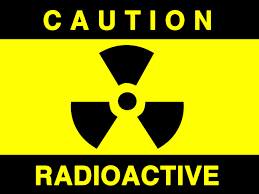 There are three basic types of ionizing radiation that may be emitted by NORM:

Use the following PPE for handling NORM contaminated sludge, sample collection, or other operations where dust inhalation can occur:

*Results in total dose of 300 000 nSv, providing a protection factor for other possible exposures during the year.

Exposure limits for internal radiation are called Annual Limits on Intake (ALIs).  Units are Bq/year, and are different for different radionuclides. Measuring a worker’s exposure to NORM dust and analysis for radionuclides can be used to compare to ALIs.  Where this is not feasible, surface measurements of sludge and scale using a pancake probe can give an indication of alpha/beta radiation levels. Subsequent laboratory analysis of a bulk sample gives more detailed information on the radionuclide content. The table below indicates NORM classification levels compared to surface measurements and laboratory results.

Unrestricted: Considered to be of no significance in terms of radioactivity and potential effects on the ecosystem.   Dispose of as ordinary oilfield waste, no additional precautions for worker protection.

NORM Contaminated: Requires laboratory analysis to determine disposal needs.  Workers coming in contact with NORM material must wear appropriate PPE and wash hands at breaks.  Tools and PPE must be decontaminated down to less than 2x background, or disposed of as NORM waste.

Have questions about NORM, or general concerns about contaminants in your workplace? Feel free to contact us via email at inquiry@cihc.info or call us at 403-543-3378.